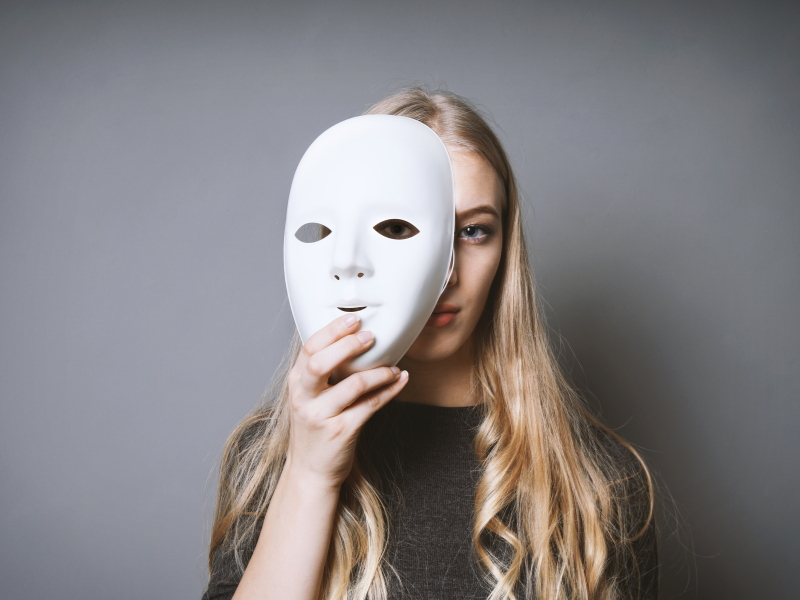 Have you ever suffered from Imposter Syndrome as a Psychic, Medium, or Empath?  I’m here to tell you you’re not alone and how to cope with it!  I cannot even begin to tell you how many times I have grappled with the statement “Are you a Psychic” at the beginning of my journey into working as a Psychic Medium. Don’t even get me started on the Medium title!

I remember clearly thinking “I wish people would stop calling me that” when clearly I am not like one of those shiny people in this exclusive league of elite insightful seers. I only ever saw myself as a great guesser and, in the early years allowed myself to rise to the handle of a mere intuitive. It was the easiest one for me to accept. Specifically, when I went public with my gifts. Because how else could I describe what I did for people?

Lucky for me, it was my clients very early on that branded me a Psychic within the first week of going public. Let me tell you, did I ever feel like a fraud when they said that. I had my own reservations around psychics and had my own experiences with good and well let’s just say, some really awful ones! Coupled with my tv show mentors, Jackie Dennison from tv’s RESCUE MEDIUMS, and Allison Dubois from the show MEDIUM, who I felt were far superior to me and my gifts. I just could not accept the title. So being labeled that in the beginning, created a bit of internal struggle for me for sure.

Coming out of my spiritual closet was a big deal for me. I remember it so vividly as such an overwhelming and scary time in my life. As this was a time where I was transitioning between who I felt I was, and who I had allowed the public to see me as. In fact, I never really allowed anyone really to know the real me. This was half on purpose and the other half was part ignorance on my behalf.

You see, for the longest time, I just assumed everyone else was just like me. In fact, when I started to recognize the obvious differences between me and others, I remember the relief I felt. Before that, I was convinced that people had conspired against me in some big cosmic conspiracy. It felt as if they were trying to pull the wool over my eyes.

I was convinced that everyone I was connected to knew more than what they were alluding to. What was blatantly obvious to me, my inner knowing, seemed to make others oblivious. I just could not understand how they didn’t see things the way I did. And to be honest usually to their own detriment.

This made it very difficult for me to trust people because of my deluded awareness. Well, that and the fact that I could instantly tell when someone was being dishonest or not genuine. I remember shortly after my brother passed just how lit up I became psychically. Not to mention, it became my mission in life to understand exactly where he went when he died. It was a compulsion of mine, because what my church was offering me just didn’t make the cut for me!

Little did I know at the time, the addition of my emotional lack of confidence, and trauma wounds from my experiencing loss at such at the age of 10 made it very difficult to trust others. I can now see that I suffered what they call “Attachment Disorder”.  The obvious differences between me and those I was connected to started to become painfully obvious. I honestly felt like people thought I was this idiot. How could they think I didn’t see into their motives or obvious lies? Little did I realize that I was very different, and my traumas only exacerbated the whole getting to know and understand my gifts, and their potential until my mid 20’s.

Until then, I was floating around in my life just trying to figure out why I didn’t understand anyone’s motives. I was convinced or dare I, say paranoid that they knew they were deceiving me when in fact, they were not even aware of whatever it was I was judging them on.

This was a huge challenge in the beginning of my journey in my 20’s. But overtime I realized my gift of insight gave me somewhat of a heads up, if you will, on those I connected with. And I soon discovered, it was not that they were out to get me, it was that everyone is just out for number 1, in other words themselves! This was an enormous lesson for me to learn.

Now this may differ from how you found yourself to where you are today, and that is simply because our soul lessons took different directions to get us to where we currently are in our lives. But the destination is ultimately the same, enlightenment, and if sharing my journey a bit helps even one soul, then this article will have done its duty.

So now, let’s get onto why I felt the fraud energy or also known as the imposter syndrome. My journey into heightening my awareness had plenty of moments of complete balance. You know the feeling when everything is in sync and you feel grounded and relaxed the majority of the time?  But I soon became aware of the need for rapid growth when those moments were followed by drama, trauma, and other fun challenges that forced me to examine and use my gifts more often than not.

Let’s examine what that would look like for me. Imagine one day you have 5 clients singing your praises and you feel totally connected and confident with your gifts and the very next day one person says everything you just told them was a load of b.s.  It could happen one or two times in a year, and even though you had thousands tell you “You nailed it”, that one person would shift your confidence. And that is where the seed of “Am I a fraud” germinates.

You begin to question your very existence, and is it possible all those others that told you how amazing and accurate you were, were just saying that to be nice? Did they say that because they felt sorry for me? Were they making up the tears or the elation they felt when they were given validation from their loved ones? Do people do that in the thousands?

The problem is that we tend to believe the 1 or 2 people rather than the masses. And I think this is by design to keep us humble. To remind us that this is a gift and that it is a precious one at that. And if you have a weak stomach it certainly gets toughened up doing this work or as I call it my calling!

One thing that I can always count on my spirit team to do when those “one off’s” happen, or when I feel like throwing in the towel on doing this work because of an overwhelming client that pulls at your heartstrings just a little too much. They send me an earth angel who reaches out from the void to randomly tell me how much I changed their life for the better! There is nothing more magical than divine timing as I see it. I hope this helps you to see that hanging in there, and sharing your gifts are worth far more than even you can imagine.

Finally, I this sounds like you, and you are not sure how to shift this feeling, try the following because it really helps; first, get out of your own way, second, don’t keep your knowledge to yourself, third, don’t compare yourself to others, and fourth, whatever scares you , step into it!